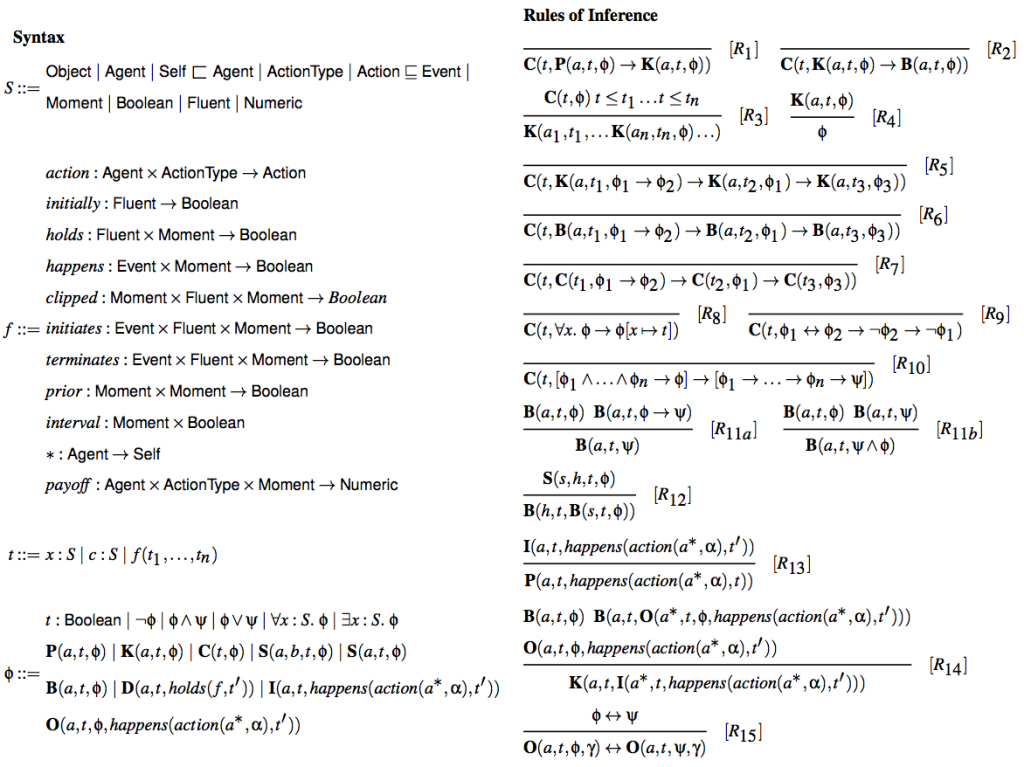 The DCEC* is a quantified modal logic that builds upon on the first-order Event Calculus (EC). EC has been used quite successfully in modelling a wide range of phenomena, from those that are purely physical to narratives expressed in natural-language stories. The EC is also a natural platform to capture natural-language semantics, especially that of tense. However, EC has a shortcoming: it is fully extensional, and hence, has no support for capturing intensional concepts such as knowledge and belief without introducing unsoundness or inconsistencies. For example, consider the possibility of modeling changing beliefs with fluents. We can posit a “belief” fluent belief(a,f) which says whether an agent a believes another fluent f. This approach quickly leads to serious problems, as one can substitute co-referring terms into the belief term, which leads to either unsoundness or an inconsistency. One can try to overcome this using more complex schemes of belief encoding in FOL, but they all seem to fail. A more detailed discussion of such schemes and how they fail can be found in the publications listed on this page.

A more detailed overview is available at: http://www.cs.rpi.edu/~govinn/dcec.pdf

We have several tools in development for working with the DCEC*: